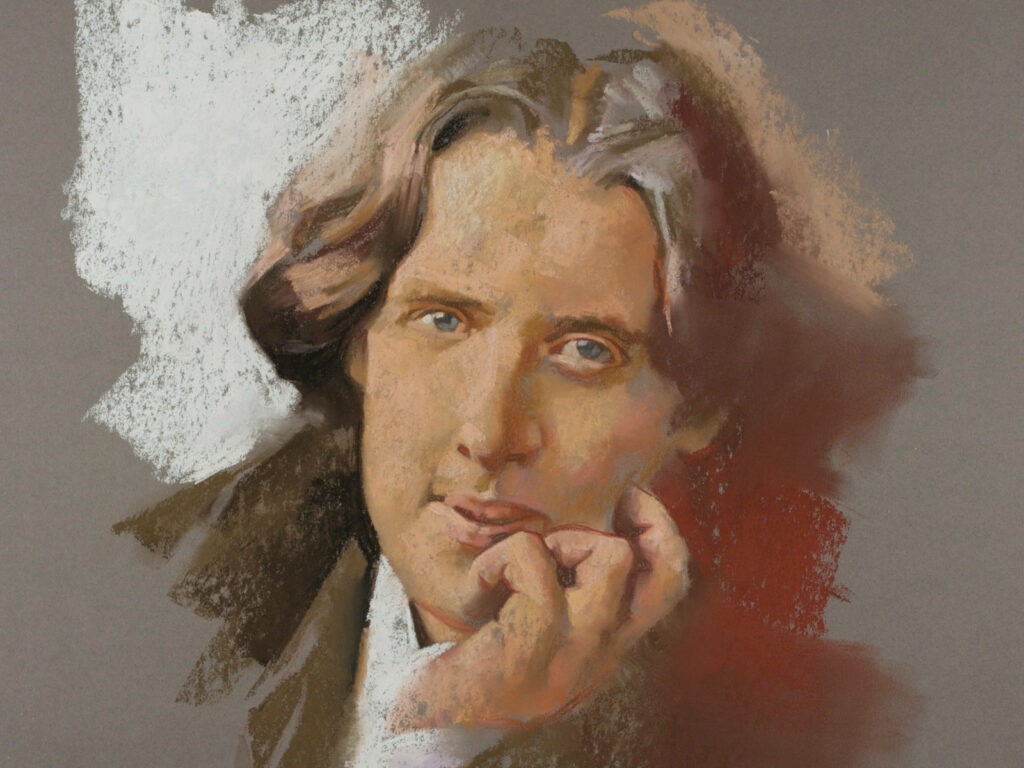 Well… I had hoped to approach the various announcements I have to make over the next couple of weeks in a slightly different order but, oh well! As some of you may be aware, another fine press has just announced that they will be publishing ‘The Picture of Dorian Gray’ by Oscar Wilde this year. It seems that both of us have been secretly beavering away on the same project for many months! So yes, the next book to be published by Lyra’s Books will also be ‘Dorian Gray’, although I expect our versions to be quite different from one another. I’m hoping for the pre-order to happen sometime shortly before Christmas, perhaps January if it is unavoidable. Whatever happens, we are printing in December and binding in January/February. There are two other books lined up for next year and it’s possible, given this mini crisis, that I might just let you know what they are a long time in advance! That worked quite well for ‘Stardust’ so perhaps it’s the way forward with future titles.

The other key piece of news is this – I am creating a new imprint for Lyra’s Books. I had planned to give all the information about this and how rights and everything will work before announcing the first title, but I’ll touch on it briefly here before posting more details about it early next week..

There will now be two imprints under the Lyra’s Books umbrella. ‘Lyra’s Press’ which started with ‘Stardust’, will publish modern titles. Then, ‘Lyra’s Classics’ will publish (as the name suggests) classic, public domain titles. There will be rights for the Numbered and Lettered editions of both imprints. I will explain in depth how that will work in the next couple of days but briefly: both imprints will have separate rights tracks, and Lettered and Leather owners of ‘Stardust’ will be given first refusal on the first ‘Classics’ book. This weekend I’ll also try and explain a little about my reasoning for all of this!

Anyway, a little bit about Dorian –

This will be the first book of the ‘Classics’ imprint. It will be limited to 250 Numbered and 26 Lettered copies ONLY. We will not be producing a Standard edition for any ‘Classics’ titles.

The book is going to be finished to the highest standard possible, utilising the skills of award-winning craftsmen and designers. I will hand bind all the books, Phil Abel at Hand and Eye will print all the pages on his Heidelberg cylinder press, and Marcelo Anciano of Arete Editions will be designing the interior of the book. This little team is what you should expect on all Lyra’s projects going forward and for the foreseeable future. The Lyra/Arete/Hand and Eye unit is feeling strong and we all share the same quality and design sensibilities. It all feels very harmonious.

We have commissioned painter Gregory Manchess to provide us with a series of concept oil portraits for ‘Dorian Gray’. Greg is widely respected in his field and has won countless awards including the Hamilton King Award, the highest honour given by the Society of Illustrators. Greg has been awarded many high-profile commissions, including work for the Coen Brothers, National Geographic Magazine, Time and a number of commissions for stamps for the US Postal Service. Greg will be signing both editions.

You can find some images of his previous work here on his website – www.manchess.com

The image you can see at the top of this post is an oil pastel portrait Greg did of Oscar Wilde over a decade ago. He was thrilled when we approached him about illustrating our edition and together we decided that the Wilde portrait would work well as our frontispiece.

A foreword will be provided by Oscar Wilde’s only grandchild, Merlin Holland. Merlin has written extensively on the subject of his grandfather and is an honorary patron of the Oscar Wilde Society. He will sign the Lettered edition only.

Over the course of the next month or two, I will release more details/photos/prices etc. I just wanted, at this point, to give you a little more information about what is happening. As I said, more detailed info about how rights will work will be coming in a few days.

We never share any subscriber details with any other party.